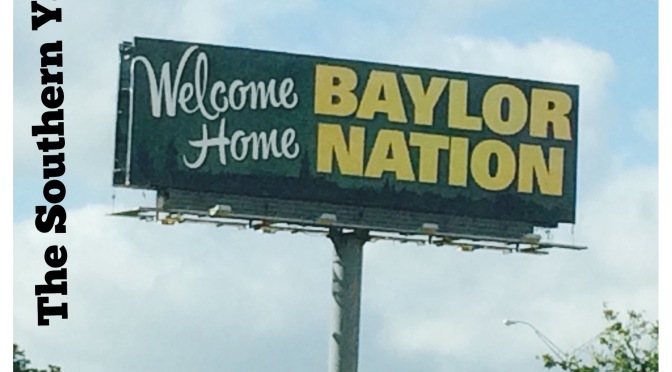 We pause this regularly scheduled daily blog posting for a commercial break of sorts. It’s Saturday and there’s college football on the tele. And yours truly has been glued to the recliner watching football all day.

I’m watching my last game of the day and I’d be lying if I said it’s been a great football Saturday but everyone is playing like utter shit. I tell you this College Playoff Selection bullshit got me trippin! If Baylor loses, then TCU wins the Big 12 outright. But if we win against Kansas State, then we share the Big 12 Championship and that’s where the story gets sticky. TCU fans, students and alumni say the Horned Frogs deserve to be the lone Big 12 championship and in the playoffs buuuuuuuut the Bears had Frog legs for dinner!!! Not that it was an easy dinner to cook but we made it and ate dat shit 61-58.

But unfortunately Baylor’s resume is coming into question. Now Baylor’s only loss was to West Virginia. I should also mention that our wins include wins over only two ranked teams which hurts us every damn season. We don’t play anybody worth a damn. The teams that used to dominate the Big 12 don’t anymore.

Texas is rebuilding its program.

OU and OkState are slightly mediocre.

Texas A&M ran away to the SEC.

Nebraska left for the Big Ten.

K-State, who is currently fighting at the moment to take us down, isn’t quite the beast program it used to be.

Now… Now programs like Baylor, Texas Tech, TCU and West Virginia making a run for dominance. And while I hope and pray to the football hands Baylor fine tunes their skills, I have to wonder if next season will play out like this one.

Here we are with a little under ten minutes left in the game it could really be anybody’s game. I hate to say that being a Baylor alumnae but dude there is really too much time left in the game. And Baylor ain’t playing like we deserve to be in the playoffs.

Yep time to end this!

A Journey into the Life of a Foul-Mouthed Nerdtastic Girl

“So you're a little weird? Work it! A little different? OWN it! Better to be a nerd than one of the herd!”

And The Catagory Is...